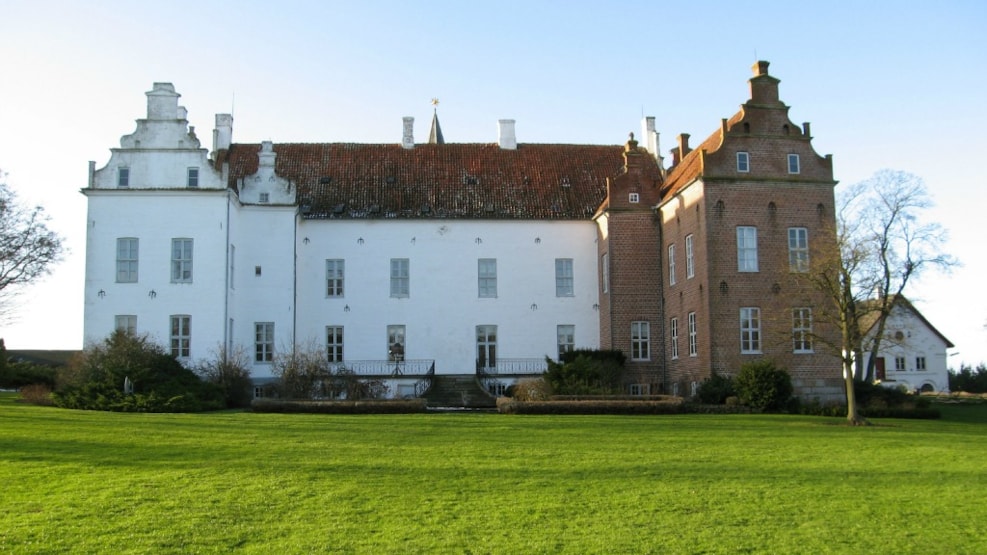 Skovsbo was built in the 1570's by Erik Hardenberg, one of the richest men of his time. However, unhappy circumstances created a heavy burden for him and his wife, Anne Rønnow, to bear. She was orphaned at age 3, and died in 1609 as the last of the Rønnow line. Erik Hardenberg was also the last of his family's male line, in spite of having 9 children. Six of their children died young, and of the three remaining daughters, two were mentally ill. It is no wonder that this couple often were melancholy and tended towards a deep religious faith.

The well-known mural in Rynkeby Church, showing an orchestra of angels in concert, was donated by Erik Hardenberg, while the roadside crucifix across from the manor buildings was reportedly raised by Anne Rønnow.