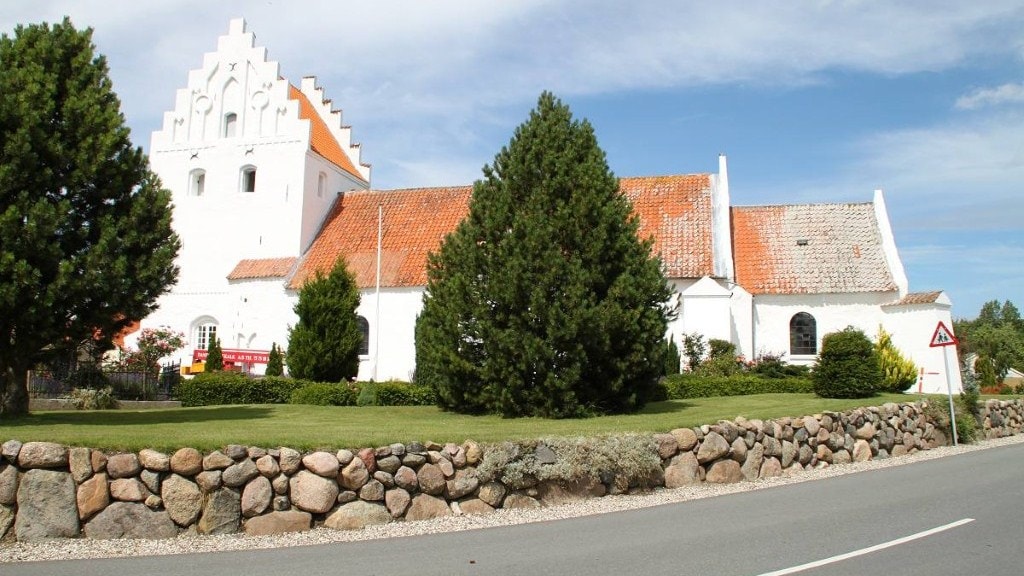 Dalby Church is called “Saint Peders Church”. The oldest part is from roman time. Later (15-1600) it is extended towards west. Tower and porch are also extensions. The church is known for it’s beautiful interior and inventory from about 1580-1630. In front of the tower room (earlier the Brockdorffs family burial place) there is a glorious rococo decoration.

The altarpiece from 1633 has pictures in all the squares. From the high renaissance there is pictures, and later also carved relief’s.

The tower is built in the beginning of the 15. century, and has the characteristic for north Funen churches the special circle blinding.

The tower was last in 17. century a sepulchral with a grandiose decorated entrance portal from the churches nave. At the top with a big heraldic decoration. Here stood 19 coffins with among other persons from the Brockdorff family. The church has beautiful wood carved work in the renaissance altarpiece from 1633, the older pulpit and priest and parish clerk stool is from 1588.

Also the entrance door to the church from the porch is richly decorated with old wood carved work.