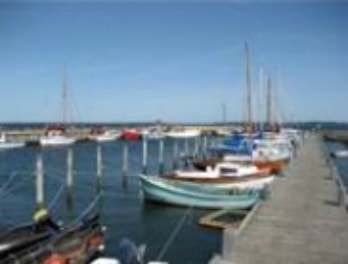 Bregnør fishing village has historically evolved very slowly, but  in 1800 's, it was set in motion in the development, and the town developed at the beginning of the 20th century to one of the major landing places for fish from the fjord and the waters around the gap.

Missing of a fishing port was big. There was only a small groyne and the fishermen's skovlvods had to lie on the nest, but the fishermen´s conditions were significantly improved, since there was built a small port at the end of a 200 meter long dam. Todays fishing as a profession, hardly exist, now it is operated as a harbor Marina with 38 seats and space for a number of Poles slightly bigger boats along the inside of the pier.