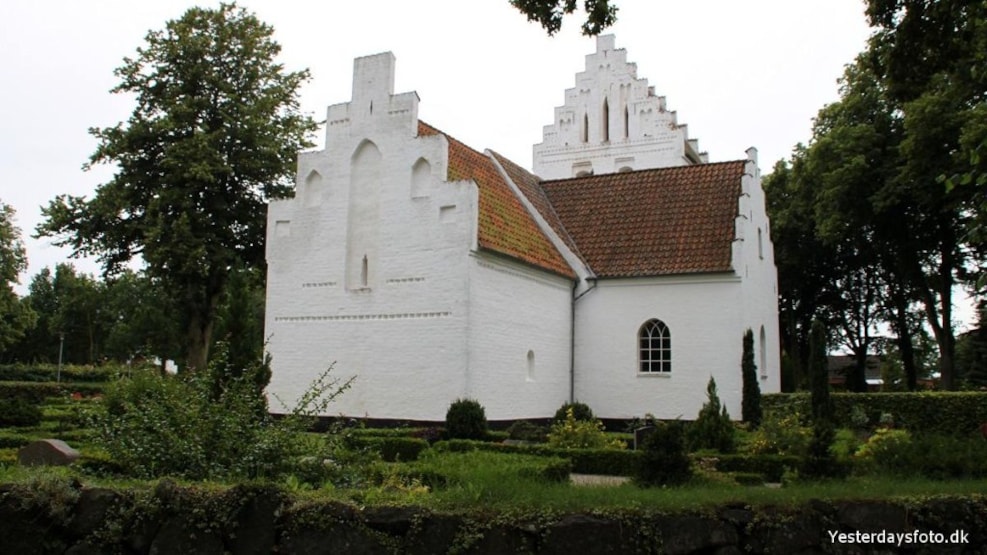 Once in the 13. Century the Birkende Church was built. The accurate year is not known, but the building style and use of materials are good help for the dating work.

Changes of the building have taken place by several times. The tower part is probably the oldest part of the church, however the tower has been considerable lower. The last extension, the side nave, is from 1847 and the only part, which is not build in monk stone.

The inventory in the church is very variable in age. The communion table is build in monk stone. The altarpiece is by the National Museum is dated back to about 1450, but it only counts for the fine carved oak figures. The central part shows the crucifixion, where the figures are arranged as a whole scenery. The wings are a little bit special with 2 motives in each side. On a table stand 2 old candlesticks and a newer seven-armed candlestick. Over the font stands a seven-armed candlestick, which is lighted under baptism. The pulpit is from 1571, in 4 different squares it has the 4 evangelists. Another necessary inventory is the church bell.